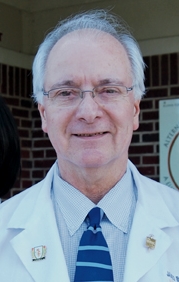 Dr. James R. Bowman ND DiHOM comes from a family background and history of deep appreciation for the ways of natural healing, a tradition that plays a tremendous role in his lifelong understanding and practice of holistic natural health and healing.

Dr. Bowman’s grandfather Ferdinand (Fredrik) Baumann was a German world explorer who came to New Mexico in the United States around the year 1900.

There, James’ grandfather met and married a Navajo woman, Katrina, who emigrated back to Germany with Fredrik. James’ father, George, then half-German and half-Navajo, was born in Germany several years later.

James’ mother (also named Katrina) was German and Danish. Her father and family (von Glas) were members of the German aristocracy. While vacationing with her family at a ski resort in Germany in 1928, Katrina met James’ father George, and both felt an instant attraction.

Even in 1928, times in Germany were troubled. Still plagued by the debts and sanctions levied against it after the first World War and experiencing tremendous political unrest in the years before Hitler’s rise to power, Katrina’s father saw the writing on the wall and emigrated with his family to the safety of the United States, settling in Detroit.

George followed Katrina, also emigrating to the United States and Detroit soon afterward.  Adopting the Americanized name of Bowman, he soon found work as a policeman with the Detroit Police Department.

As fate would have it – or perhaps it was by design – George and Katrina found each other again when Officer Bowman pulled over the car in which she was riding for running a red light, and they began seeing each other.

Katrina’s father was furious, as in the aristocratic tradition he had already arranged a marriage for her. In spite of this George and Katrina eloped and were married in 1932. Outraged, Katrina’s father disowned her from the family, refusing to speak to her even until his death many years afterward.

After her father’s death Katrina reconnected with her mother, who had not opposed Katrina’s marriage but had been bound by her husband’s decision.

Katrina and James also spent much time through the years visiting George’s older sister and James’ aunt Marie, who after emigrating from Germany lived in Pontiac, Illinois southwest of Chicago. Katrina’s older sister Dorothy never married, and lived to be 97.

Dr. James R. Bowman’s grandfather Fredrik von Glas was a member of the Prussian aristocracy in the Kingdom of Prussia near the Polish border. In 1918 after the end of WWI the kingdom of Prussia was abolished in favor of a republic following the German Revolution of 1918-19, and the former Prussian nobility lost its political power.

An educated man and professor of chemistry, Fredrik moved with his family to Mannheim, where he worked as a teacher at the Städtische Handelshochschule Mannheim, which today is known as the Universität Mannheim (University of Mannheim).

Having lost the hereditary privileges of his title and seeing the writing on the wall with the increasing political turmoil in Germany preceding Hitler’s rise to power, Fredrik emigrated to the United States with his wife and daughters Dorothy and Katrina, settling in Detroit, Michigan in 1929.

There Fredrik worked for 3-4 years as head of the chemistry department for the pharmaceutical company Eli Lilly, before moving with his wife to Petoskey on the shore of Lake Michigan where – in a startling bit of cosmic karma considering his grandson James’ eventual vocation – he opened a homeopathic shop, which he ran until his death.

Katrina went to school to become a nurse, working for a time at the Children’s Hospital in Detroit, then eventually as a nurse in a private doctor’s office.

After several years in 1946 James was born. When he was just four, his father – a giant of a man at over six feet tall and now a distinguished and decorated Detroit police officer for 22 years – was killed in the line of duty as he attempted to stop an armed liquor store robbery.

Not wanting to remain in the Detroit neighborhoods with their painful memories, Katrina moved with James to be with extended family on his Navajo grandmother’s side, settling on the Navajo Pojoaque Pueblo reservation near Santa Fe in northwestern New Mexico. There they lived until James was 12, in a small traditional adobe house.

The Way of the Navajo

From his grandmother and father, James was born part of the Navajo Clan of Healers and Medicine People. During his years between 5 and 12 on the reservation in New Mexico, he learned much about the Navajo traditions of herbal medicine and healing.

During this time James and his mother traveled back to Germany several times, as his mother missed her home country and wanted James to have more contact with his extended family there.

When James was 12, his mother  moved them to Palo Alto California to find a job in nursing. There, James attended a public middle and High School.

Upon graduating from High School, James volunteered for the U.S. Army. Because of his background and understanding of German culture as well as his language skills in German, Spanish and Navajo, he was assigned to an intelligence unit in Berlin. There he served for five years as an American soldier on active duty.

As a gifted nurse, James’s mother and his time with the Navajo healers had inculcated in James an interest in science and medicine.

As fate or fortune would have it, one of the best medical colleges in the world is located in Berlin – at the Freie Univeritat. While still serving with the U.S. Army and on his off-duty hours, James applied and was accepted to the medical college in Berlin.

Because of his background and aptitude, James was placed in an accelerated program of study in science and medicine, completing a 6-year course of study in 2 years.

James continued his studies after being discharged from the Army, receiving advanced medical training in Family and Internal Medicine at the University of Heidelberg College of Medicine, a Diploma in Homeopahtic Medicine (DiHOM), and a degree as a Doctor of Naturopathy (ND) and from the Fachinstitute fur Naturheilkunde in Berlin.

Toward the end of his studies, James was assigned to work in a hospital emergency room. The many hours he spent there led him to ask the question over and over, “Why is this patient here in crisis, needing emergency medical care? What could have been done earlier to avoid the internal health breakdown which finally resulted in a medical crisis?”

A Dog and her Boy 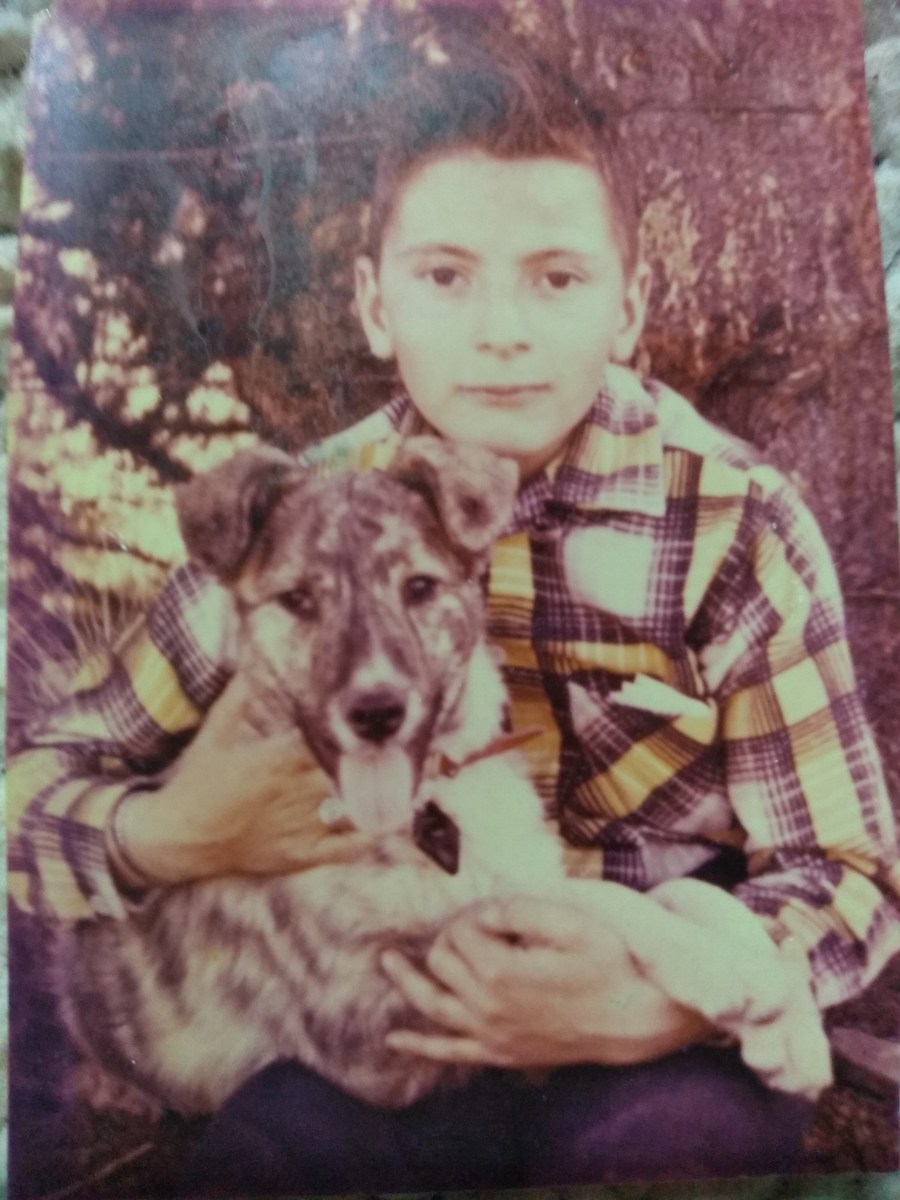 “This picture was taken when I was a 10-year-old boy living on my family’s reservation in New Mexico. The puppy’s name was “Tasa”, and she found me when she was only 6 weeks old. She is half German Shepherd and half wolf.

Tasa and I were the best of friends. Inseparable, we went everywhere together. We hiked the mountains every chance we got and were often in trouble with my mother for exploring too late in the day, coming home after sunset and being late for dinner.

In the evenings after chores were done and dinner was over, Tasa and I would lay together on the floor in front of the fireplace where I’d do my homework, often falling asleep together before the fire.

In our small adobe home we had no electricity or running water. We heated our home and cooked with wood. Our only water source was a hand pump outside, about 50 feet from the house.”

Search for a Better Way

He posed the same questions to his professors and colleagues, but no one seemed able to provide any practical answers.

James began to explore and research the issues himself. With his background and childhood exposure to Native American and herbal medicine, he studied subjects such as homeopathy, naturopathy, enzyme therapy, detoxification, nutrition, and more, and earned his degree as a Doctor of Medicine (MD) in Alternative Medicine from the Open International University for Complementary Medicines in Sri Lanka.

Finally after years of study and practice, James felt that he had both the training, experience and insight needed to be the kind of doctor and healer he wanted to be – trained in both traditional Western medicine as well as what the West considers “alternative” methods and practices, and able to blend the best of both in order to help people understand their health, what causes them to become ill, and how to correct the situation and employ methods and a lifestyle that enable them to return to optimal health – or what science calls “homeostasis” (balance).

When a medical colleague or patient asks what his specialty in medicine, James responds that he is a “homeostasis doctor, German-trained in naturopathic internal metabolic health care,” and that his goal is to “teach people why their health became compromised and failed, and how that can be reversed using safer, more effective natural methods.”

Dr. Bowman stresses that this approach is still and unfortunately highly unusual in the United States, but he believes that it is safer and more effective because it is logical, practical – and it WORKS!

If you are unfamiliar with the theory Dr. Bowman will teach you. Dr. Bowman points out that the German approach to medicine is about healing, not about using chemical substances to control, mask or suppress symptoms.

Dr. Bowman explains that if you focus on treating symptoms only, you not only miss the real problem, but you often add to the problem by introducing toxic, dangerous, and often harmful chemicals into the body that can often trade alleviating the symptoms of one problem only to create another, throwing the body even further out of balance without improving health or the body’s natural ability to regulate itself.

All practicing an ethical doctors and physicians take and adhere to the Hippocratic Oath, which states “First, do no harm”.

Dr. Bowman believes wholeheartedly in this simple yet important principle.  It is one of the guiding principles that underlies his work.

“You can’t fix what you don’t understand,” says Dr. Bowman. Healing he underlines must begin with knowledge and understanding of what caused the body to become compromised and unbalanced in the first place, to leave it’s natural state of homeostasis and to enter a state of disease pathology.

Once the underlying origin of the problem is identified, says Dr. Bowman, it is then possible to design a rational, logical plan to counter the issue and to enable the body to heal itself as nature designed and intended.